We were backwards from most other couples. Patrick was ready to get married first, wanted more kids than me, was ready for kids first, and brought up adoption first. Ironically, I’m a Korean adult adoptee, so I was a fairly easy win-over for adoption (Let’s not talk about the others 😉 ).

Because we had already been blessed with two healthy bio children, we were certain we didn’t want to get in line for an infant and felt called to provide a home to hard-to-place children. After initial research, we were discouraged by the cost of international adoption but didn’t feel called to foster care. We started doing research about what starting an adoption ministry would look like. While researching we came across a photo listing for waiting children. Naturally I gravitated toward the Korean children. We both felt drawn to the same little guy, and God lured us with grant money that had been specifically designated for this waiting toddler. In God’s humor, we never did get that grant money. In a providential series of events that involved an angel (that’s a story for another post), we went from “wanting to find out additional info and having no home study” to “committed to adopt a waiting child” in less than 24 hours. We were on a plane to Korea 365 days later. That was adoption #1 in which we brought home a toddler from Korea who was born extremely prematurely (15 weeks to be exact) and had a lot of unknowns and global developmental delays. 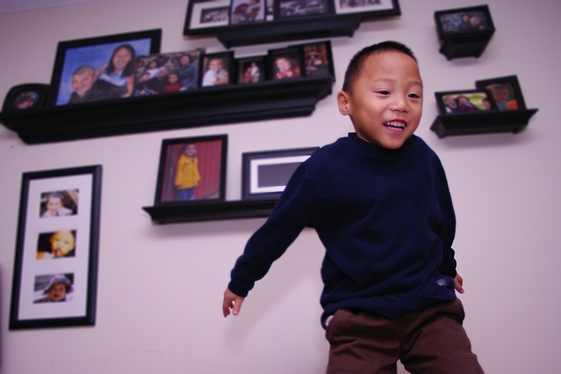 Parenting Ty was nothing like we expected. We falsely assumed he would be fine because he hadn’t been institutionalized, and I was a Korean adoptee. After two years of what I affectionately call “Ty Fog,” we discovered trust-based parenting and went to Texas to become parent trainers with EmpoweredToConnect.org. Attempting to address Ty’s needs holistically catapulted our family onto a journey of increased wellness that still continues today.

In 2011, not ready to have a placement yet as Patrick was still working on a Masters in Theology at night, but anticipating the increasing Ethiopia wait times, we applied to adopt from the second country that had captured our hearts. Still wanting to provide for hard-to-place children and wanting to get the most bang for our buck, we told our agency we would take a sibling group of up to 3 children—any ages, any gender. What we didn’t know was that the increased time to complete Ethiopian adoptions was in getting matched. That didn’t apply to families who were willing to take waiting children. Less than 24 hours after submitting our paperwork, in March 2012 (with another year still left in Patrick’s Masters program), we were matched with 2 unrelated children—a 13 year old girl (Kayla) and a 14 year old boy (John). Two weeks later, we received a court date in record time and, with all the kids in tow, were on a plane to meet our newest additions on April 30, 2012. Those were adoptions #2 and #3.

While reading through paperwork for our then 14 year old son, I noticed he had been raised with another girl. We were able to pursue her as well and went to court for her in August 2012 while picking up John and Kayla. Grace came home in October 2012. Have you been counting? Yup, that was 3 trips to Ethiopia in less than 6 months. That rounded out adoption #4. 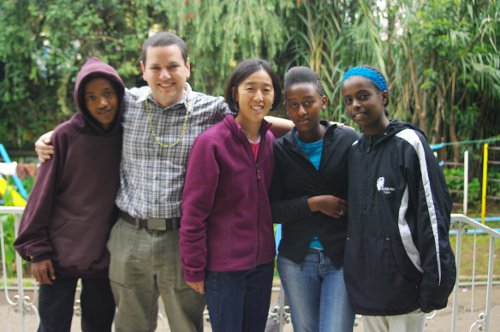 The tools we gained through trust-based parenting and the grace of God have sustained us as bringing home three, unrelated adolescents is H.A.R.D. We have been blindsided by cultural differences (Ethopia vs. US and institution vs. family), laughed at the joy shared by all the kids, cried at the grief and trauma we’ve brought into our home, and screamed at broken mental healthcare systems. We’ve met amazing families walking this twisty road with us and been humbled to accept help again and again from our village. Our journey is far from over as we continue to cling to God and hold our breaths for what is around the next corner.

What Not To Do in Older Child Adoption

Older Child Adoption | What I Have Done Differently