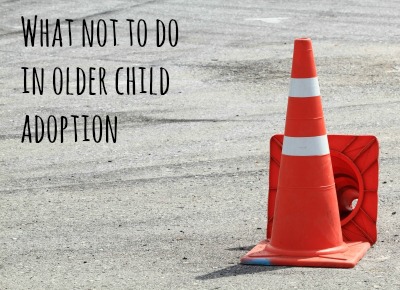 Our journey to and through trust-based parenting has been one mostly in the trenches. That’s the fancy way of saying we learned what we know the hard way.

Here are my top 10 mistakes:

Ten seems like an appropriate stopping point. Anything else I should avoid with my kids adopted as teens?